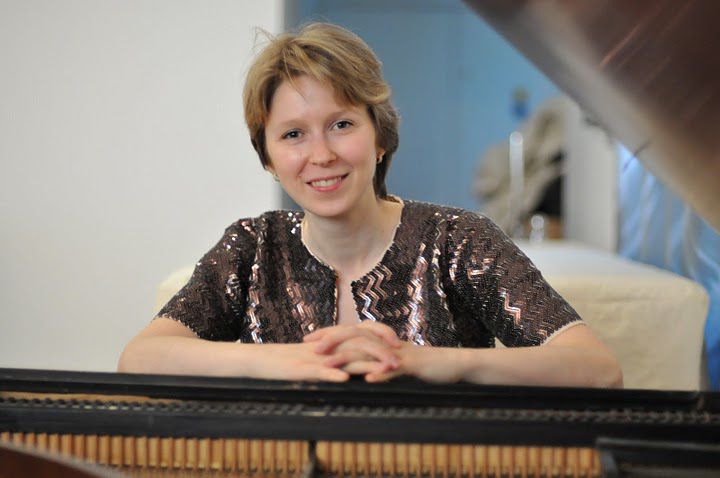 Elena Vorotko was born in Togliatti, Russia in 1980. She started her performing career at nine and by winning regional competitions and performing at festivals in Russia and touring Europe. Elena was first taught by her mother and then studied at the Central Music School in N. –Novgorod, Russia. At 16 she entered The Purcell School of Music in London on a full scholarship to study with Tatiana Sarkissova, and in 1999 she received a scholarship to The Royal Academy of Music and studied with Prof. Christopher Elton. She was also mentored by Boris Berman, Alexander Satz, Kenneth Gilbert, Malcolm Bilson, Pierre-Laurent Aimard, Menno Van Delft, Paul Badura-Skoda and Noretta Conci.

She won the Alfred Brendel Award, Harriet Cohen Bach Prize, ORSAS grant and MBF Music Education Award. One of the highlights of her career was the performance for HRH Prince Charles. She made South Bank debut in January 2006 as a Park Lane Group Young Artist with a critically acclaimed recital recorded by BBC 3, and later that year won the Third Prize at the XV International J. S. Bach Competition, Leipzig. She has since performed in London’s major venues, such as the Queen Elizabeth Hall, St. Martin-in-the-Fields, Cadogan Hall and St. John’s, Smith Square. She was promoted by The Keyboard Trust to perform in the UK, Germany, Mexico, Italy and the US. In 2010 she has been awarded a PhD in performance practice of J. S. Bach at the London University under the supervision or Roy Howat and Neil Heyde. She is now an Honorary Research Fellow at the Royal Academy of Music and a trustee and an Artistic Director at the Keyboard Charitable Trust.