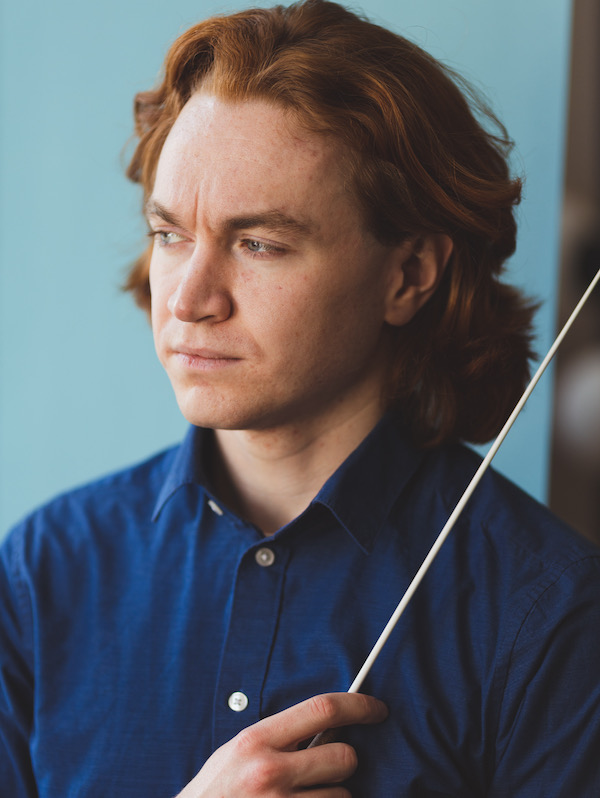 Described by players as a conductor who ‘draws emotion out of each individual player’ and ‘has a similar musical maturity to much older conductors’, Daniel Hogan is a 25-year-old British conductor who is currently studying with a full scholarship for a Masters in Conducting at the Royal College of Music.

In Summer 2022, Daniel was an active participant in the Järvi Conducting Academy, having been selected from over 200 candidates. He was taught by Paavo, Kristian and Neeme Järvi, and Leonid Grin. In concert, he conducted the Baltic Sea Philharmonic and also the Järvi Academy Youth Orchestra in the Pärnu Concert Hall. Daniel has also taken part in masterclasses led by Martyn Brabbins, Jac van Steen, Rafael Payare, Colin Metters, Ben Gernon and Sir Antonio Pappano. He has also starting teaching conducting, assisting Toby Purser at the Aberystwyth Festival Conducting Course.
Daniel formed the Watford Youth Sinfonia when he was only 17 years old, and in the eight years since, they have performed repertoire rarely tackled by youth orchestras under his leadership, including Stravinsky’s ‘The Rite of Spring’, Respighi’s ‘Roman Festivals’ and Mahler’s 9th Symphony. Daniel more recently formed the Sinfonia Perdita, a young professionals orchestra consisting of players from the London conservatoires, who are dedicated to performing masterworks neglected by the standard repertoire, and also the Nimrod Orchestra. Daniel has collaborated with some of the country’s most exciting soloists such as Isata Kanneh-Mason, Thomas Kelly and Laure Chan, as well as some of the country’s most respected living composers, including David Matthews, Joseph Horovitz and Matthew Taylor.
Daniel is known as a conductor with ‘real stature, depth of knowledge, insight and understanding’, but also as one who ‘commands high levels of respect and affection from orchestral musicians of all ages and skill’. He is very popular with non-professional orchestras, having been appointed Music Director of the Kew Sinfonia and the Chorleywood Orchestra and regularly conducting the Hertford Symphony Orchestra and University of Southampton Sinfonietta. Highlights this coming season include recording the Schumann Violin Concerto with Laure Chan and the Nimrod Orchestra and assisting Matthew Taylor with the recording of his 6th Symphony with the BBC National Orchestra of Wales.
More details are available at www.danielhoganconductor.com 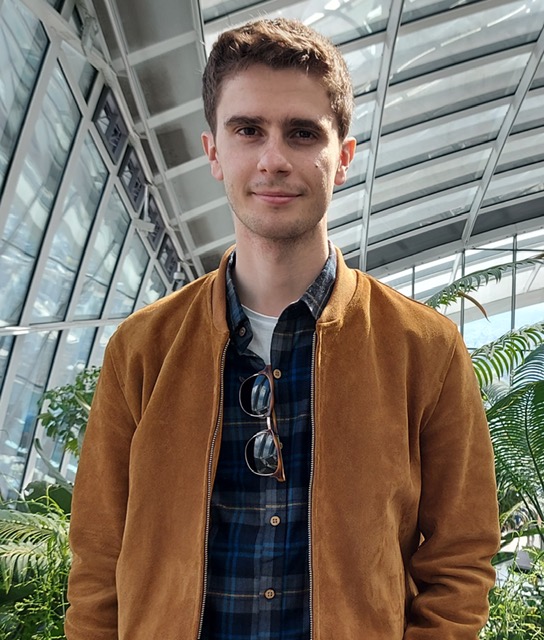 Ryan eagerly began playing trumpet aged eight, and music has since become his foremost passion. Having first experienced the joy of ensemble music making shortly thereafter, he is delighted to continue his involvement with such groups today as a conductor and musician.

As an active conductor, trumpeter and composer Ryan performs with orchestras and bands in the Buckinghamshire and Hertfordshire area. He began to cultivate an interest in conducting whilst at university, working with numerous ensembles, including a performance of Handel’s Coronation Anthems in Durham Cathedral.
He currently directs Dacorum Youth Orchestra, Watford Community Orchestra and Chalfont Wind Band and has been invited to conduct and coach chamber music groups and orchestras at The Purcell School for Young Musicians, where he works alongside his conducting commitments. In July 2021, Ryan founded and conducted the inaugural concert of Orchestra Dei Cigni, a group of early career musicians, students and advanced amateurs dedicated to outstanding performance and exposing works by lesser known and neglected composers.
Ryan is grateful for music and the opportunities it presents, not only to be part of exciting performances, but also to create and bring together communities. He enjoys all kinds of work in the field of musical education, teaching trumpet and piano to many young people, and organising concerts in venues such as the Royal Albert Hall, Wigmore Hall and St John’s, Smith Square.